Here we are sharing a detailed analysis of Yamunotri temperature in February. The analysis includes weather conditions like average, minimum, and maximum Temperature in Yamunotri.

The weather conditions in winter are quite difficult in Yamunotri. Yamunotri temperature in February drops low. but in comparison to January, it is a little less cold.

Yamunotri weather in February is quite difficult for local people as well as for all the tourists. The temple remains closed due to inappropriate weather conditions and due to which it is inaccessible during the month of February.

As you can now understand that the weather conditions are cold in Yamunotri during February. So If you are planning a trip to Yamunotri in February. Get ready and be prepared with properly equipped items for the bone-chilling cold. Happy Winters!

The temperature in Yamunotrii right now and 7 Days Weather Forecast.

Snowfall in Yamunotri Temple in February

Yamunotri during the winter month like February is a virtually inaccessible area. Due to snowfall which leads to most of the roads being blocked for individuals. It makes it very hard to reach there. 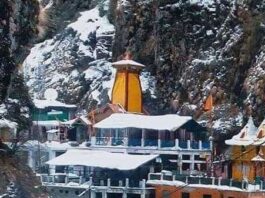 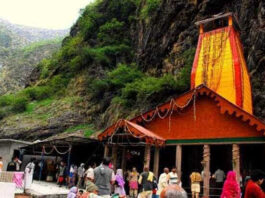 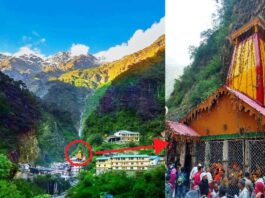 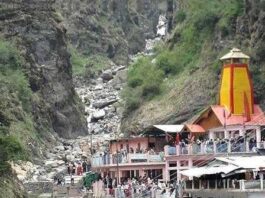