Yamunotri is one of the popular Hindu temples located in the Uttarakashi district of Uttarakhand. Yamunotri Dham is located at a height of 3,323 meters above sea level. Today in this article, we have shared all the Yamunotri Temple History and legends about the formation of the sacred Yamunotri Dham.

Yamunotri is surrounded by mountains on all sides and lies in close proximity to the Indo-China border. It is known for offering peace and tranquillity to its visitors.

Yamunotri gets its name from the famous River Yamuna dedicated to Goddess Yamuna. The place is famous not only because of the temple but also because of its natural scenic beauty.

Yamunotri, the origin of the River Yamuna and seat of the goddess Yamuna, is one of the four sites in the Chota Char Dham pilgrimage circuit. The sacred shrine of Yamunotri, the source of the river Yamuna, is the westernmost shrine in the Garhwal Himalayas, perched atop a flank of Bandar Poonch Parvat.

The chief attraction at Yamunotri is the temple devoted to the Goddess Yamuna and the holy thermal springs at Janki Chatti. 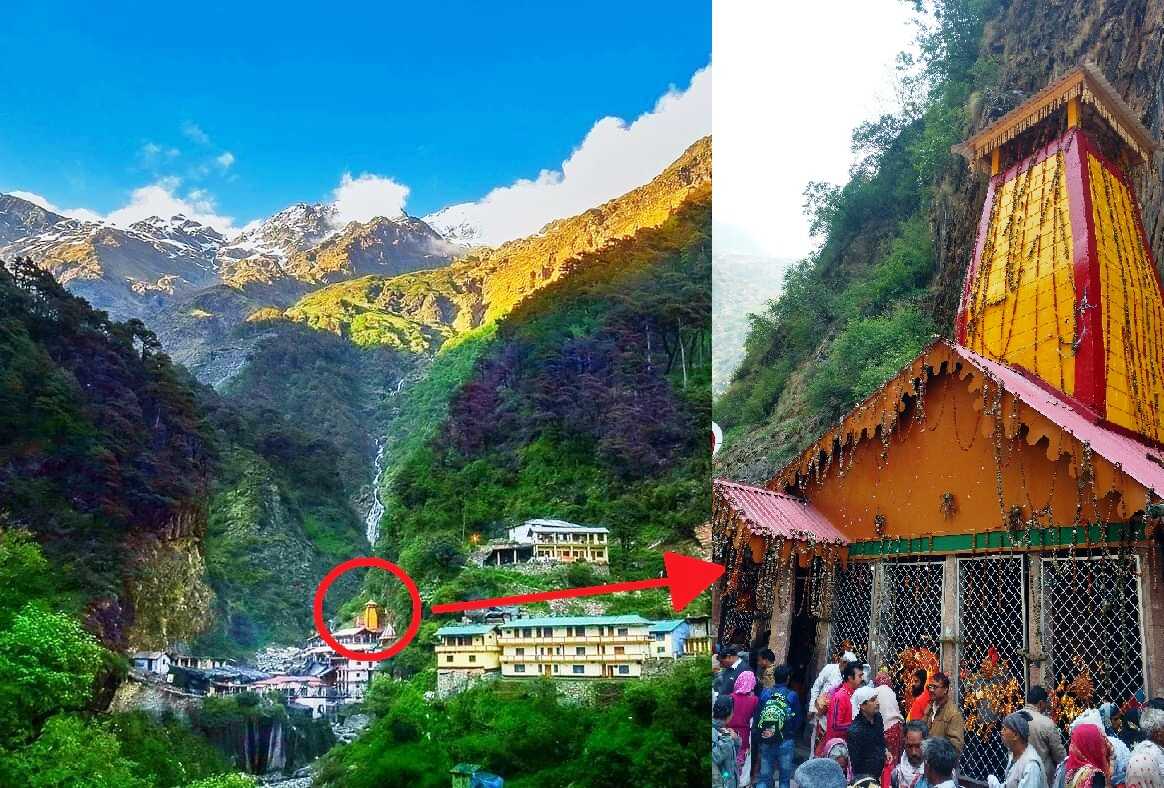 After the birth of 3 children, Sangya, who was tainted by the radiance of Surya, left her shadow there and went to North Kuru to do penance.

Sangya is the birthplace of the Yamuna in the Champasar Glacier (4,421 m) just below the Banderpoonch Mountain. The mountain adjacent to the river source is dedicated to her father and is called Kalind Parvat, (Kalind being another name for the sun deity – Surya).

The Yamuna is known for her frivolousness, a trait that she developed because, according to a common story, Yamuna’s mother could never make eye contact with her dazzling husband.

Later that day was celebrated as the festival of “Bhai Dooj”

According to mythological beliefs, there was once the ashram of Asit Rishi. He used to visit the Yamuna regularly till the origin of Yamuna. When he became incapacitated in old age, it became impossible for him to reach the source of Yamuna.

It is known from historical observation that the first temple of Yamunotri was built by Maharaja Sudarsan Shah (1815-1859) in 1850, which was made of wood at that time.

In later years, the new construction of the temple was done by Maharaja Pratapshah (1871-1896) and was built with stones.

The priests of Yamunotri are householders Brahmin of the Uniyal caste.

According to historian Shiv Prasad Naithani, around 1855, when Sudarshan Shah built a small temple at Yamunotri, the ancestors of these priests, Maluram Poluram, were entrusted with the task of worshipping this temple. Earlier the idol was in the cave.