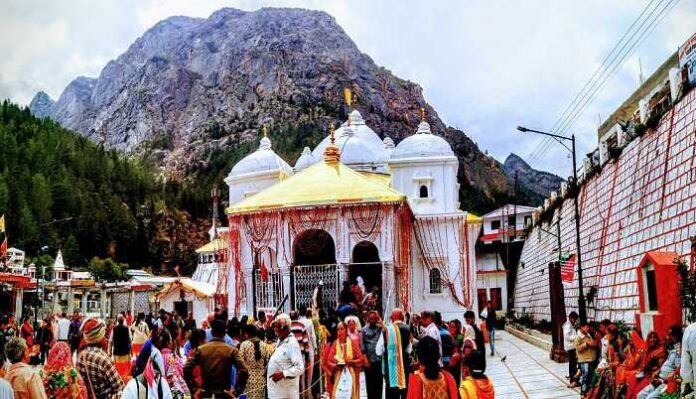 Gangotri is one of the famous Hindu temples located in the Uttarakashi district of Uttarakhand. Gangotri is located at a height of 3,038 meters above sea level. Today we have shared 16 amazing facts about Gangotri temple that will surprise you for sure.

Gangotri, the origin of the River Ganga and seat of the goddess Ganga, is one of the four sites in the Chota Char Dham pilgrimage circuit.

The river is called Bhagirathi at the source and acquires the name Ganga (the Ganges) from Devprayag onwards where it meets the Alakananda. The origin of the holy river is at Gaumukh, set in the Gangotri Glacier, and is a 19 km trek from Gangotri.

Gangotri temple is dedicated to the goddess Ganga and it is one of the four sites in the Uttarakhand Char Dham pilgrimage circuit.

These Char Dham temples are Yamunotri, Gangotri, Kedarnath, and Badrinath and all are situated in Uttarakhand. That is why it is also known as “Chota Char Dham Yatra of Uttarakhand”.

Gomukh glacier in Gangotri is believed to be the place of origin of Goddess River Ganga (Bhagirathi) which is 19 kilometers away from the main Gangotri Temple.

Gangotri is surrounded by mountains on all sides and lies in close proximity to the Indo-China border. It is known for offering peace and tranquillity to its visitors.

Must Read: 17 Facts About Yamunotri

The reason for closing in the winter season is heavy snowfall in the high altitude Himalayan region which makes weather conditions extremely cold and also the whole area is covered by a thick layer of snow.

5. Mention in All Purans – Historical Fact About Gangotri

The most description of the glory of Ganga is found in the Puranas. According to all the Vedas and Puranas, River Ganga is considered the most sacred river not only in India but for all mankind. 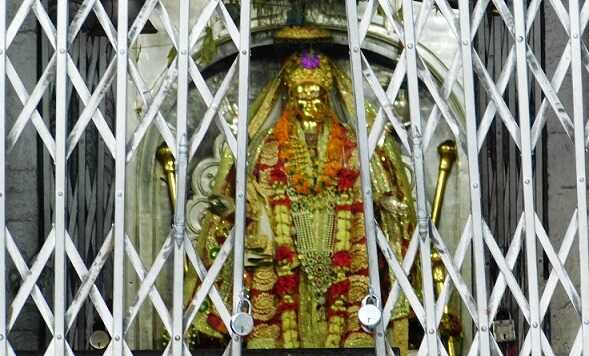 In the temple pride, there are exquisite sculptures of Yamuna-Ganga ornamented with ornaments. The idols of Mahalakshmi Mata, Annapurna Maa, Saraswati Maa, Bhagirath, and Adi Guru Sankaracharya are also placed nearby.

7. Priests of Gangotri – Fact About Gangotri

Maharaja Amar Singh Thapa appointed the Priests of Mukhwa to worship the Gangotri temple. The Khas Rajputs of Taknor are the priests of Gangotri before Mukhwa Priests.

The residents of Mukhwa village consider Goddess Ganga as the sister of the village deity Someshwar. The one who comes to her maternal village Mukhwa to tie Rakhi to his brother on Bhai Dooj and resides in Mukhwa in winters.

9. Daughter of Mukhwa – Facts About Gangotri

The people of Mukhba village have not only goddess-like feelings but daughter-like feelings with Ganga. On Akshaya Tritiya, when the doors of Gangotri are opened, the Bhoga idol of Ganga is sent off by the villagers of Mukhwa with the same custom as the daughter’s farewell.

After descending the steps of the temple, there is a Bhagirath rock on the right bank of Bhagirathi. It is believed that King Bhagirath meditated deeply to Goddess Ganga, asking her to descend down to earth from heaven in order to provide salvation to the ashes of his ancestors who were cursed by Sage Kapil.

Must Read: 27 Facts About Badrinath

Now religious traditions and acts like Pind Daan are performed at Bagirath Shila.

On the left bank of Bhagirathi at a distance of about one kilometer from Gauri Kund, there is a natural flat plain covered with rocks, which is known as Pandav Gufa or Patangana.

According to the belief, the Pandavas reached this place on the orders of Vyas Ji to atone for the sin of killing a Cow and With the help of sages, a great “Dev Yagya” was performed here and then they reached Kedarnath via the banks of Rudraganga.

And from there they proceeded towards the “Swargarohani mountain”.

At some distance from the Gangotri temple, in the western direction of Bhagirathi, there is a pool made of the waterfall, which is known as Gauri Kund.

The protruding part of the rock in this pool is called the natural Shivling. It is believed that Goddess Maa Gauri did penance at this place to attain Lord Shiva.

At a distance of 7 km from Gangotri, there is an attractive pond called Kedartal (Kedar Pond).

Must Read: 17 Facts About Kedarnath

The origin of Kedar Ganga is believed to be from Kedartal itself, which ends its independent existence in Gangotri and merges with Bhagirathi. 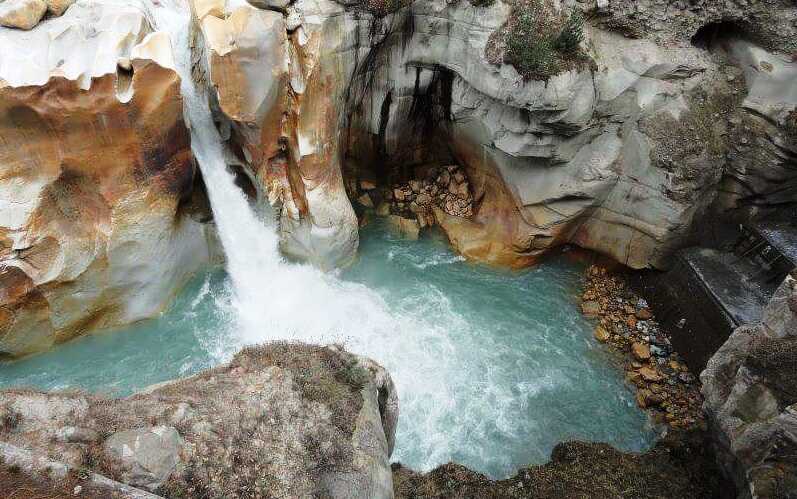 Famous Ponds named Suryakund, Vishnukund, Brahmakund are also located in Gangotri. In which the importance of bath, charity, penance, etc. has been realized.

There is an ashram of Maharishi Jahnu Muni on the banks of the Jarganga at a place called Jangala. It comes in the route of Harsil on Gangotri Marg, after Tharali.

According to Chapter 37 of Kedarkhand, when the Ganga reached the best among the sages, the ashram of Jahnu Muni, Goddes River Ganga started flowing the worship material of Jahnu Muni.

On the left bank of Bhagirathi in Gangotri, to the left of the main temple, there is a mountain known as Bhairon Jhap Hill.

According to Legends, in ancient times many travelers used to climb this rock and give up their lives by falling from this mountain to wish for heaven. This is the reason it is named Jumping Rock Point, Death Point, Pranotsarg Sthal.