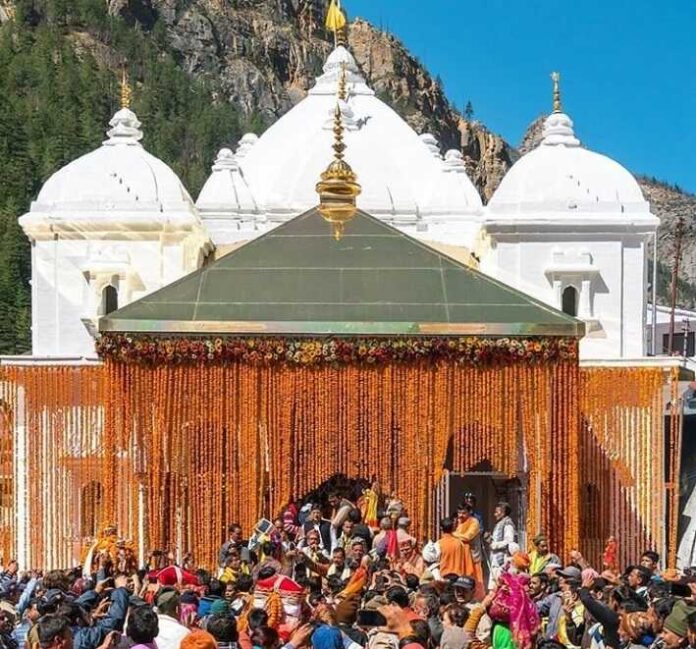 In this article, we have shared rare information about Gangotri Temple. Gangotri, the origin of the River Ganga and seat of the goddess Ganga, is one of the four prominent pilgrimage sites in Uttarakhand. These four temples are known as “Uttarakhand Char Dham pilgrimage circuit” and are also named “Chota Char Dham Yatra of Uttarakhand”.

Gangotri temple is dedicated to Goddess Ganga and it is a place where the holy River originated from the Gaumukh glacier. This place is famous not only because of the temple but also because of the natural scenic beauty of the Himalayas.

Ganga river is called Bhagirathi at the source and acquires the name Ganga (the Ganges) from Devprayag onwards where it meets the Alakananda.

The origin of the holy River Ganges is at Gaumukh, set in the Gangotri Glacier, and is a 19 km trek from Gangotri.

Ganga is the most sacred river not only in India but in the world. Not only do Indians accept this fact but foreign scholars also accept it.

In all religious texts, Ganga has been described as the most reputable and sacred River. 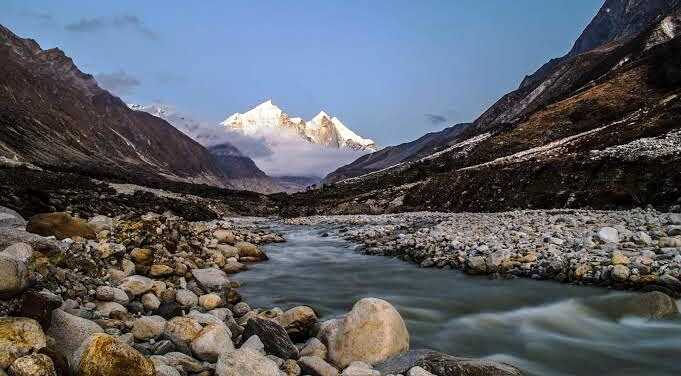 We Indians worship Ganga like a mother. It was only after the penance of King Bhagiratha of Suryavansh that the Ganges first descended on the earth by dividing it into many streams.

The most description of the glory of Ganga is found in the Puranas.

How did Ganga descend on earth?

According to this legend, King Sagara, after slaying, the demons on earth decided to stage an Ashwamedha Yagya as a proclamation of his supremacy.

The horse which was to be taken on an uninterrupted journey around the earth was to be accompanied by the King’s 60,000 sons born to Queen Sumati and one son Asamanja born of the second Queen Keshini.

Indra, the supreme ruler of the gods feared that he might be deprived of his celestial throne if the “Yagya” (worship with fire) succeeded and then took away the horse and tied it to the ashram of Sage Kapila, who was then in deep meditation.

When he opened his eyes, the 60,000 sons had all perished, by the curse of sage Kapila.

Bhagiratha, the grandson of King Sagar, is believed to have meditated to please the Goddess Ganga enough to cleanse the ashes of his ancestors, and liberate their souls, granting them salvation or Moksha. 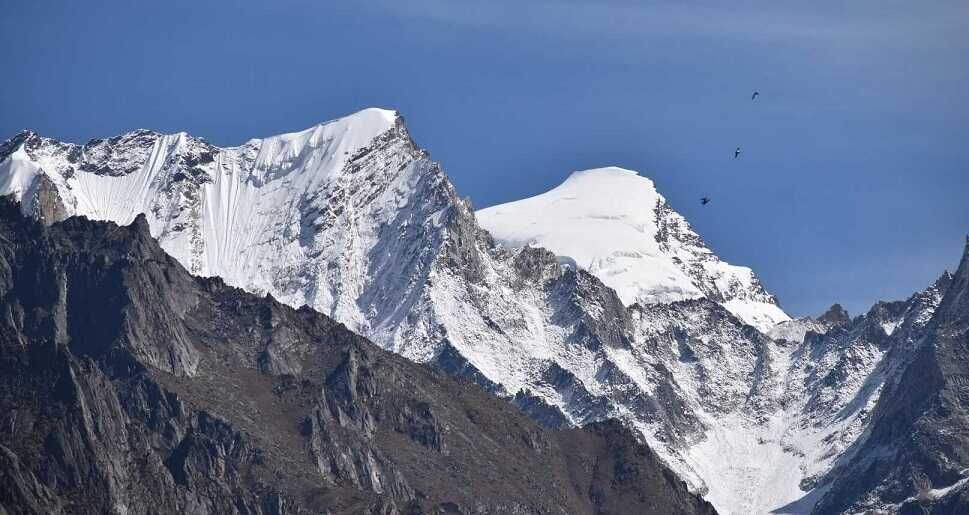 It is a piece of rare information about the Gangotri temple that the place where it is present today was first discovered under British rule in India.

In 1816, It was very difficult to reach Gangotri before the establishment of the British state in Uttarakhand.

In 1808, the task of exploring the source of the Ganges was entrusted to the team of Captain Reaper, Webb, and Hearsey by order of the Surveyor’s Journal of the East India Company.

The description of this investigative trip of Captain Ripper is published in 1818 in Part 11th of the “Asiatic Researches”. But His team could not go beyond Bhatwadi.

An Indian trained by him completed the 55-mile journey from Bhatwadi to Gangotri-Gomukh in 8 days with great difficulty, In which he put his life on the line.

J.B Fraser also reached Gangotri in 1816 via Himanchal, Jaunsar, Yamunotri. He described it in “The Himalaya Mountain” after seeing this pilgrimage place. Gangotri is located close to 3400 meters above sea level and always faced difficult weather conditions. It was destroyed by the snowstorms many times. After more people visited Gangotri then it was rebuilt and it started picking up as a tourist attraction.

Amar Singh Thapa appointed the Priests of Mukhwa to worship the Gangotri temple.

The Khas Rajputs of Taknor are the priests of Gangotri before Mukhwa Priests. The residents of Mukhwa village consider Goddess Ganga as the sister of the village deity Someshwar.

The one who comes to her maternal village Mukhwa to tie Rakhi to his brother on Bhai Dooj and resides in Mukhwa in winter.

On Akshaya Tritiya, when the doors of Gangotri are opened, the Bhoga idol of Ganga is sent off by the villagers of Mukhwa with the same custom as the daughter’s farewell.

Gangotri is one of the significant temples of the sacred Chota Char Dham Yatra. This Yatra Consist of four temples of Uttarakhand.

These 4 temples are Kedarnath, Badrinath, Gangotri, and Yamunotri.

The Spiritual tour of the Gangotri temple provides immense peace and satisfaction to the devotees. The environment of this mandir always remains divine and purifies the soul. It always rekindles the human being’s belief in the almighty.

Opening And Closing Date of Gangotri 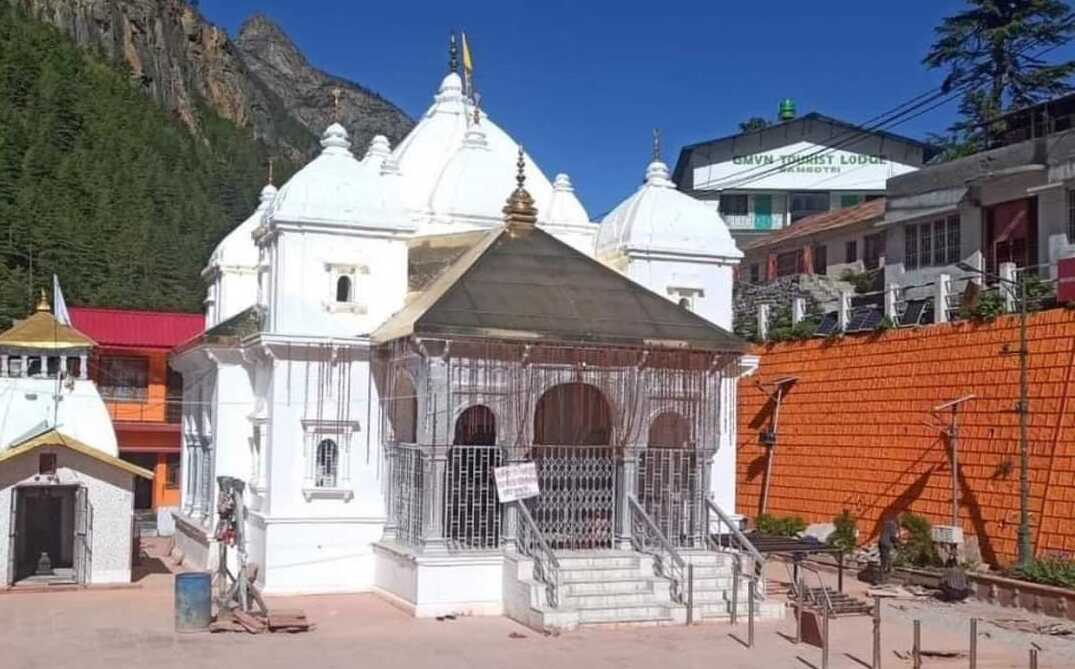 Gangotri Opening Day –The Temple opens on the religious day of ‘Akshaya-Tritiya, which falls, generally, during the last week of April or the first week of May.

Gangotri Closing Day – The closing day is always on the next day of Diwali after a brief ceremony.

Places To Visit Near Gangotri Temple